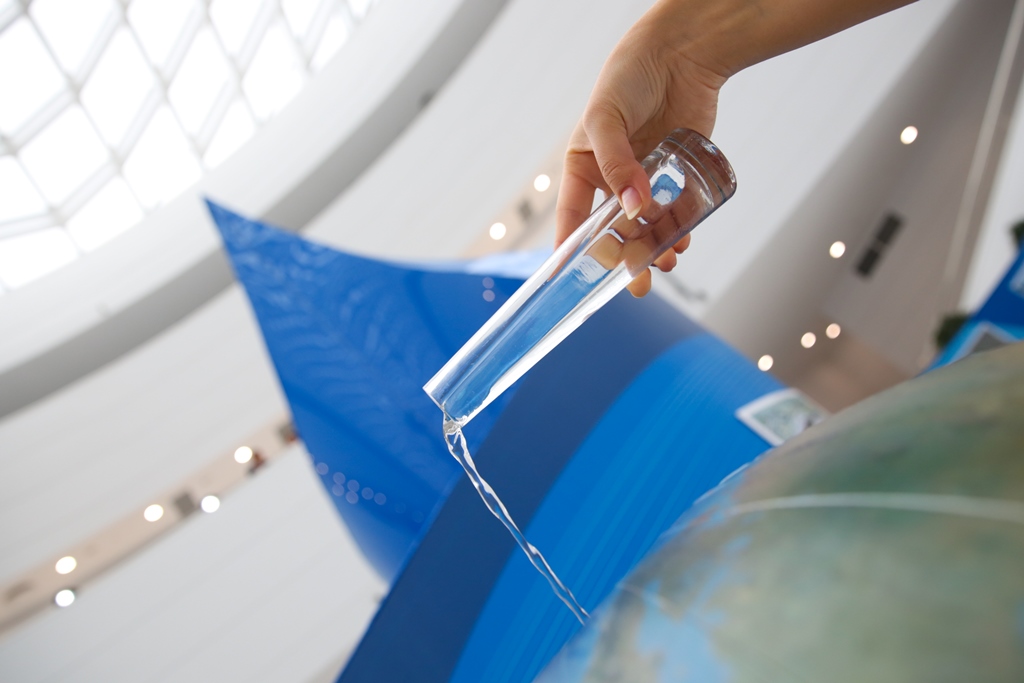 As global momentum builds in support of transboundary water cooperation worldwide, more than 15 countries from outside the Pan-European region have announced their interest to ratify the Water Convention. These accessions can reinforce transboundary cooperation agreements all over the world, which is crucial, given that in most transboundary basins, cooperation is not fit to deal with the growing water crisis.

This came as more than 600 participants from around 90 countries gathered in Astana, Kazakhstan for the eighth session of the Meeting of the Parties (MOP 8) to the Convention on the Protection and Use of Transboundary Watercourses and International Lakes (Water Convention), held 10 to 12 October. The meeting, which was co-organized by the United Nations Economic Commission for Europe (UNECE), which services the Water Convention, and the Ministry of Agriculture of Kazakhstan, was the first MOP to take place in Asia and with Parties from Africa.

The United Nations Secretary-General Antonio Guterres said in his message to the meeting: “The global opening of the Water Convention, the accession of the first countries from outside the UNECE region -- namely Chad and Senegal -- and the momentum in support of the Convention are promising developments.  Along with the Watercourses Convention, the world has the ability to strengthen the rule of law in transboundary cooperation worldwide.  I call on Member States to join both Conventions and to strive for their full implementation.”

The Deputy Prime Minister of Kazakhstan, Mr. Umirzak Shukeyev underlined the role of the Convention for his country and globally: “Cooperation in the use and protection of transboundary waters should be supported by diplomatic instruments and policies based on international water law. The global status of the Water Convention creates all the conditions for this”.

MOP8 also adopted a new strategy for the global implementation of the Convention to reinforce cooperation and partnerships for the management of transboundary waters worldwide in order to promote sustainable development, peace and security. In this regard, UNECE Executive Secretary Ms. Olga Algayerova, in her opening speech, called upon “all stakeholders, Parties or not, as well as financial institutions, to support the implementation of this strategy”.

The meeting also saw the launch of the first report on implementation of the Convention. Furthermore, parties and non-parties shared their experience on reporting respectively under the Convention and under SDG Indicator 6.5.2, to which UNECE is a co-custodian agency together with UNESCO. In their statements, States underlined that the reporting exercises was a way of identifying the gaps in their transboundary cooperation and take them as opportunities to drive action.

At MOP8’s high-level segment, more than 20 high-level representatives (Ministers, deputy Ministers, state secretaries) discussed the role of transboundary water cooperation and the Water Convention for people, prosperity and peace as well as challenges such as growing water scarcity and climate change, increasing pollution and pressures from different sectors. To respond to some of these challenges, the meeting launched three new publications: An implementation guide on addressing water related disasters and transboundary cooperation prepared with the United Nations Office for Disaster Risk Reduction, part of the Words into Action series, also an updated methodology on assessing the water-food-energy ecosystem nexus and a brochure on identifying, assessing and communicating benefits of cooperation.

Finally, the meeting adopted the Programme of Work for 2019-2021 including a new programme area on ‘facilitating financing of transboundary water cooperation’. This topic was discussed in depth at a back-to-back high-level workshop on 9 October organized with the World Bank, European Investment Bank, Asian Development Bank, GEF iw:learn, the Netherlands and Switzerland. The urgent need to create enabling conditions for investments in shared basins was the main conclusion of the discussion, namely through appropriate and strong legal and institutional arrangements for cooperation. 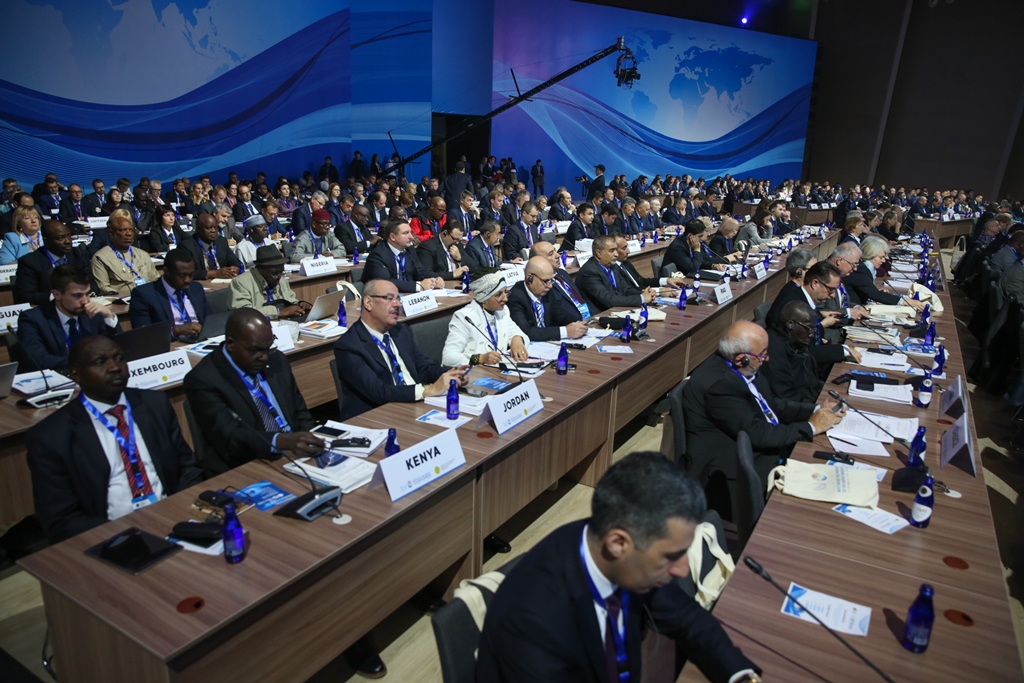